to view a gallery with more photos, click here
On Sunday morning I met Mark Colvin at Steyning Downland. At 9:13am Mark spotted a male Brown Hairstreak land in a tree high up above the fenced area. It came down to the grassland and kept moving from grassy patch to grassy patch. Later I spotted one at the top of the hill in the trees. At 10:52 Mark saw a female on a one metre high prunus by the fence in the reserve area. It then flew to the grassland and moved from grassy area to grassy area. There were 4 Wall at the top of the hill, plus plenty of Gatekeepers, Comma, Large White, Peacocks, Red Admirals, Whites.
Afterwards I did my Mill Hill transect: Essex Skipper, Brimstone, Small White 9, Chalkhill Blue 15, Red Admiral 4, Small Tortoiseshell, Peacock 9, Marbled White, Gatekeeper 19, Meadow Brown 25, Small Heath 2. Moths: Common Purple and Gold, Wavy-barred Sable, Six-spot Burnet, Lesser Treble-bar, Small Fan-footed Wave, Cinnabar larvae. 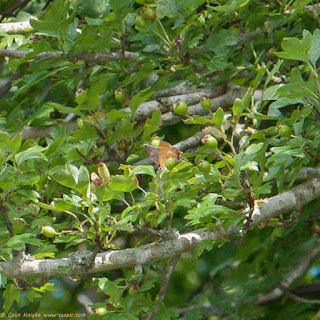 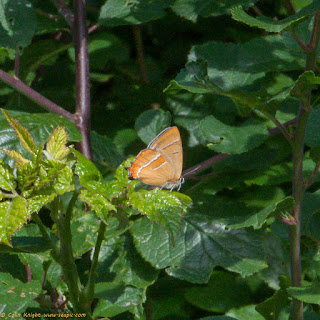 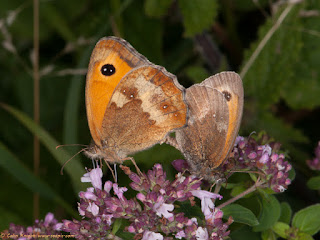 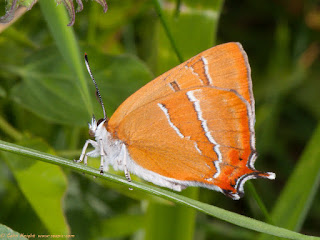 these links provide some info about the proboscis, and the way the two galea are joined by legulae to form the feeding tube:
http://www.butterflyfunfacts.com/butterfly-proboscis.php
http://www.asknature.org/strategy/36c34a8aaa1965360f5a6e1eb274ce5d
http://rsif.royalsocietypublishing.org/content/early/2011/08/09/rsif.2011.0392 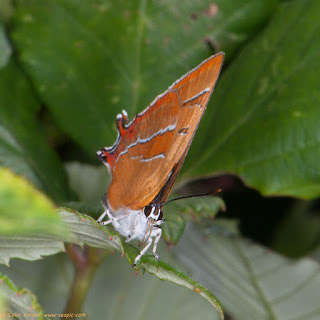 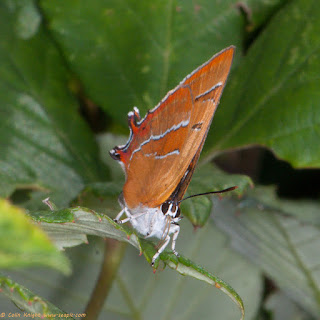