to view a gallery with more photos, click here
On Wednesday at Heyshott down with Mark Colvin I saw Brimstone, Large Skippers, Meadow Browns, Dark Strawberry Tortrix, Garden Grass Veneer, Hook-streak Grass-veneer, Meadow Greys, Red Piercer, Cocksfoot Moth. There were plenty of Common Spotted Orchids and Bee and Pyramidal Ochids have just started to open. A Black-striped Longhorn Beetle was busy on a daisy.
Later we walked round Burton Mill Pond where I saw a Ringed China-Mark plus another Golden-bloomed Grey Longhorn Beetle. A pretty Rush beetle appeared, then a mating pair.
On Thursday my Mill Hill transect yielded Adonis Blue 14, Grizzled Skipper, Large Skipper, Marbled White, Meadow Brown 4, Painted Lady 3, Red Admiral, Small Heath 22, Small Tortoiseshell 2, Cinnabar, Straw-barred Pearl and an unidentified green larva. It’s a second bad year in succession for the Adonis Blue, the worst since I started recording in 2011. The second brood should be better. Small Heath are having another good year, they have been steady since 2011. The Grizzled Skipper is very late, this is week 12 of the transect year and the latest I have previously recorded one is week 9.
this butterfly hunkered down at the bottom of the grass. 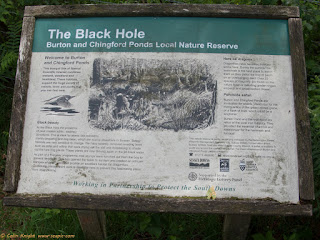 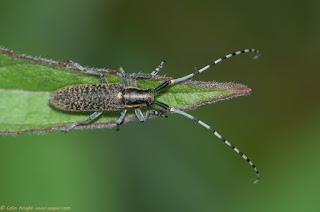 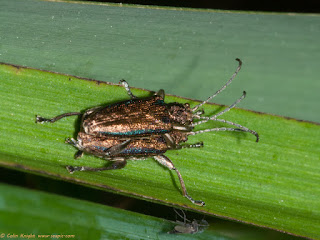