to view a gallery with videos and more photos, click here
On Saturday morning I visited Woods Mill reserve and met a couple who were watching a grass snake hidden in grass by the path. It was eating a toad! They disturbed it after I left and I saw the snake heading to the lakeside very fast. I went back and found the toad sitting in the grass, glistening.

While Dan Danahar was shooting the Grizzled skipper video with me at Mill Hill, he suggested we visited the chalk bank by the A27 where he has recorded Adonis Blue in previous years. Inspired by Crispin Holloway’s fabulous video of the Adonis Blue larva at Malling Down, we could search for an Adonis larva. We arrived on site Saturday afternoon at 2:30pm and proceeded to search. Within 10 minutes I spotted one on an ant hill at the bottom of the slope. It was attended by its ants and Dan started filming the ants’ activity on the larva. While this was going on I saw a pristine Green Hairstreak nectaring on adjacent blackthorn. Dingy Skippers plus Wavy-barred Sable and Little Roller micro moths were also around. Also a Muslin Moth larva.

Thomas & Lewington’s excellent book “The Butterflies of Britain & Ireland” gives a fascinating account of the symbiotic relationship between the ant and the Adonis larva. The following is paraphrased from the book:

The ants drum on mechano-receptors with their antennae which prompts the larva to release honeydew from a honey-gland. It is thought that a volatile chemical is released from a pair of tentacle organs to attract the ants when the larva moves around. The caterpillar also produces a subsonic ‘song’ which is sensed by the ants. The ants protect the larva from predators.

Our Adonis larva was attended by red ants, probably Myrmica sabuleti. I did see a black ant venture nearby but it did not stay around. Two days later there were only black ants on the ant hill and the larva had moved.

As soon as I arrived on Sunday a Small Copper landed in front of me, my first of the year.
On Monday I couldn’t find the larva initially, but eventually spotted it 3 metres up the slope from the ant hill, moving west without its ants.
Saturday, Woods Mill:
A27 bank: 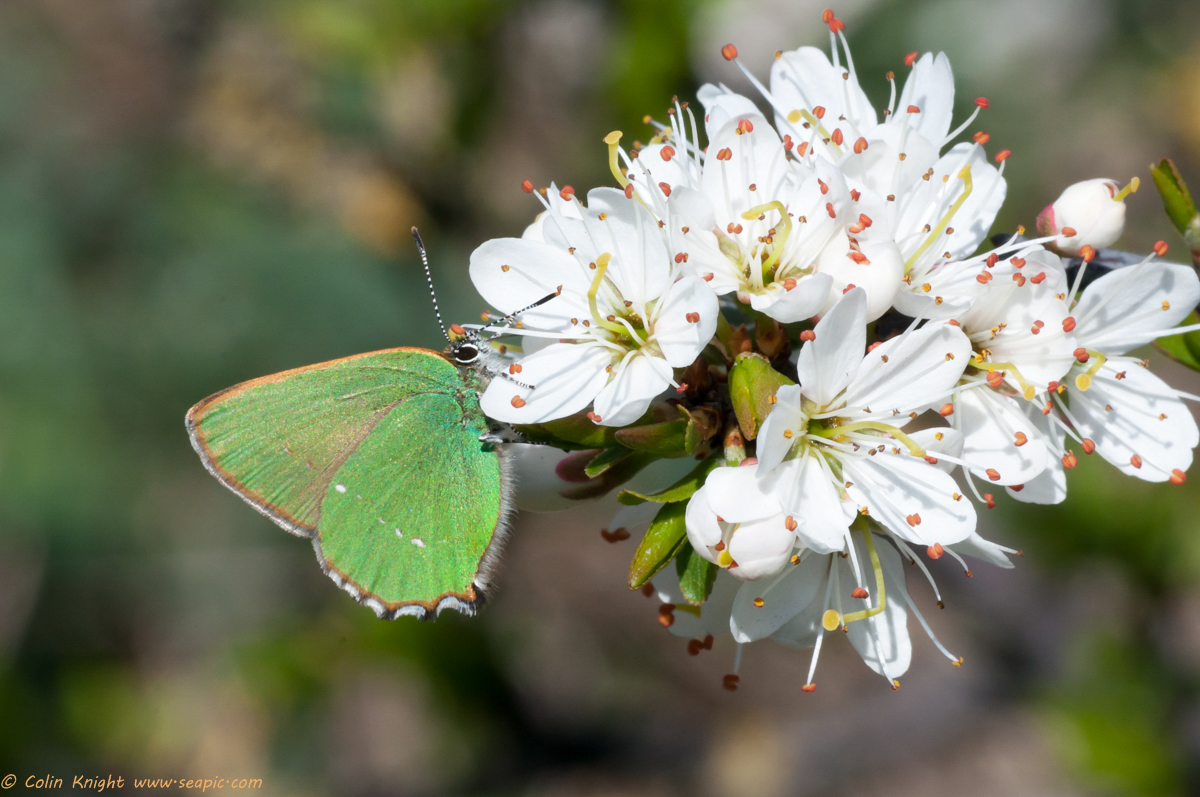 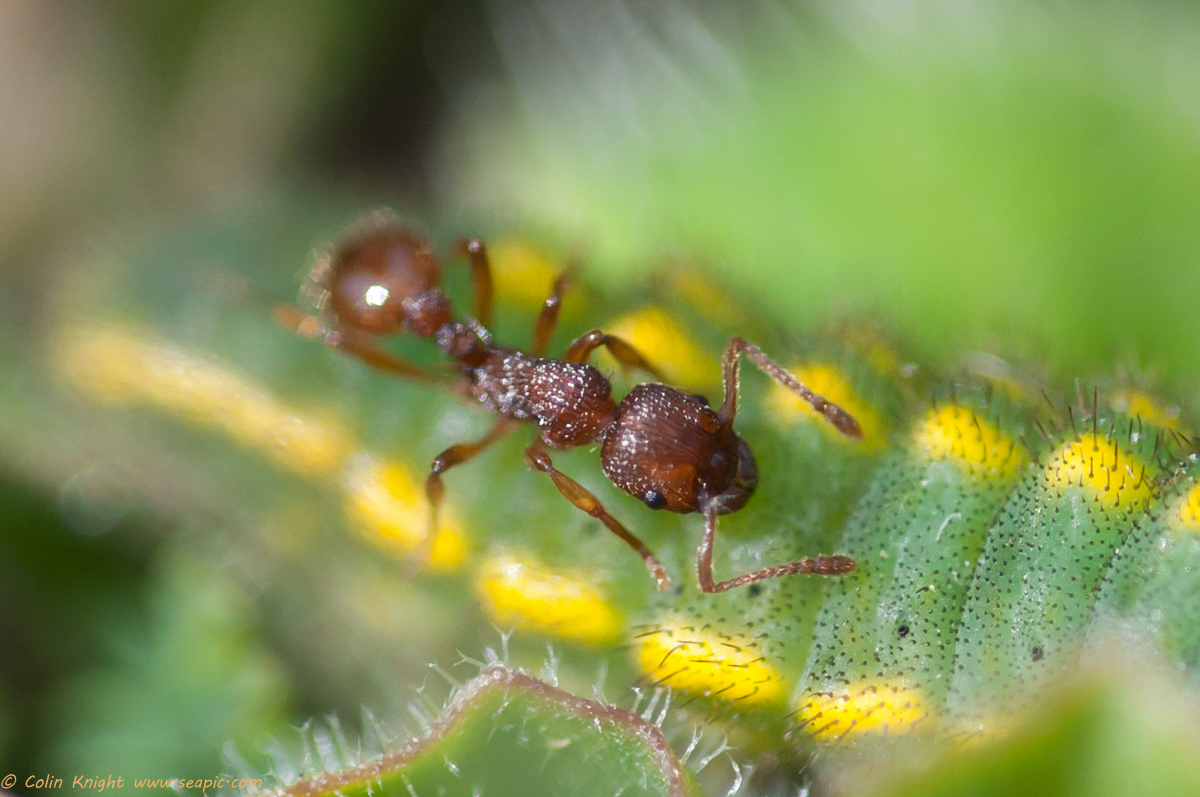 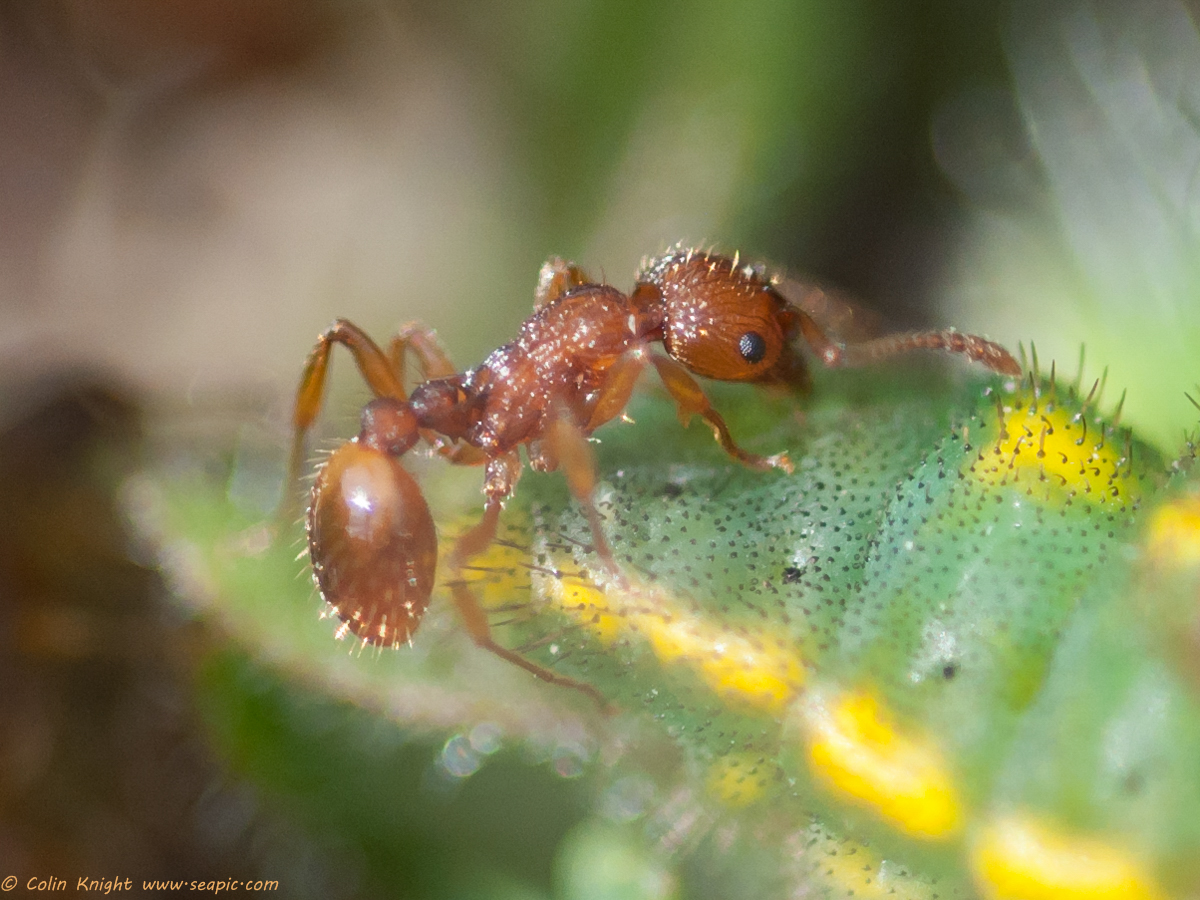 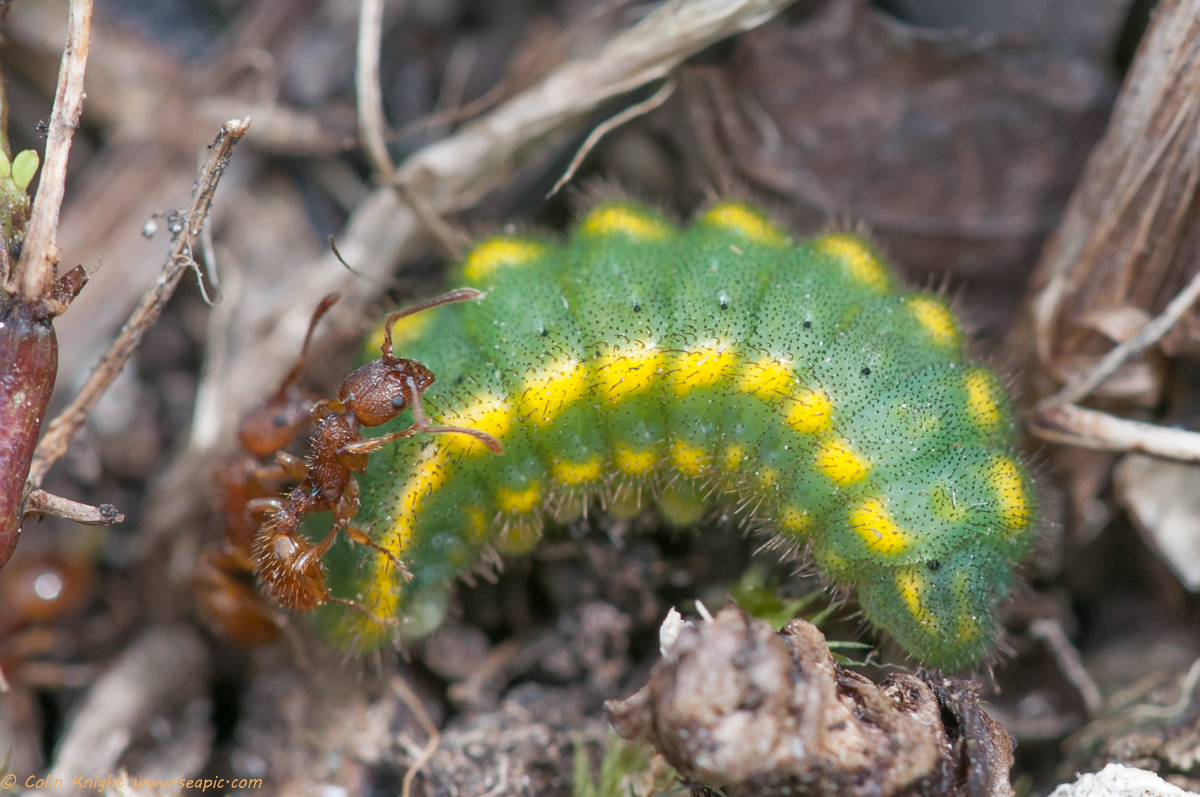 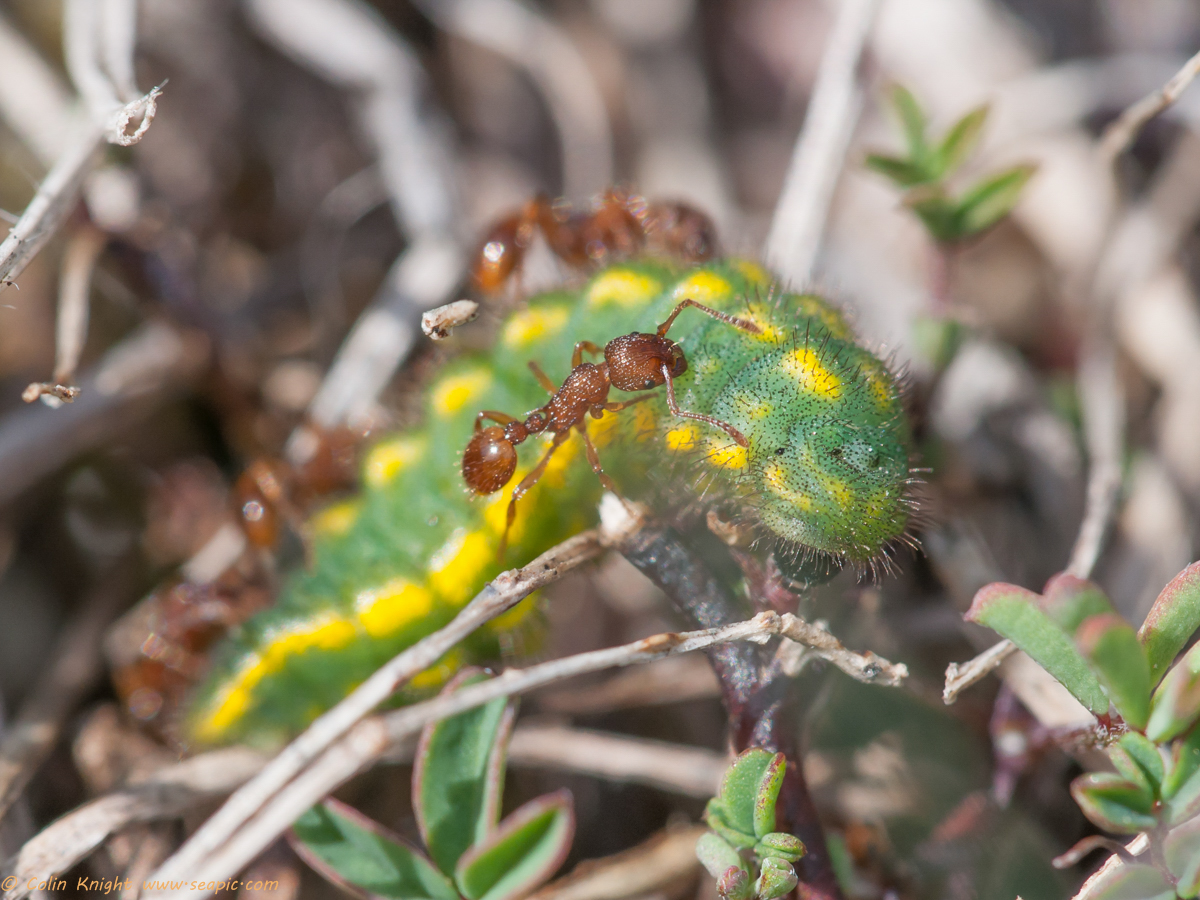 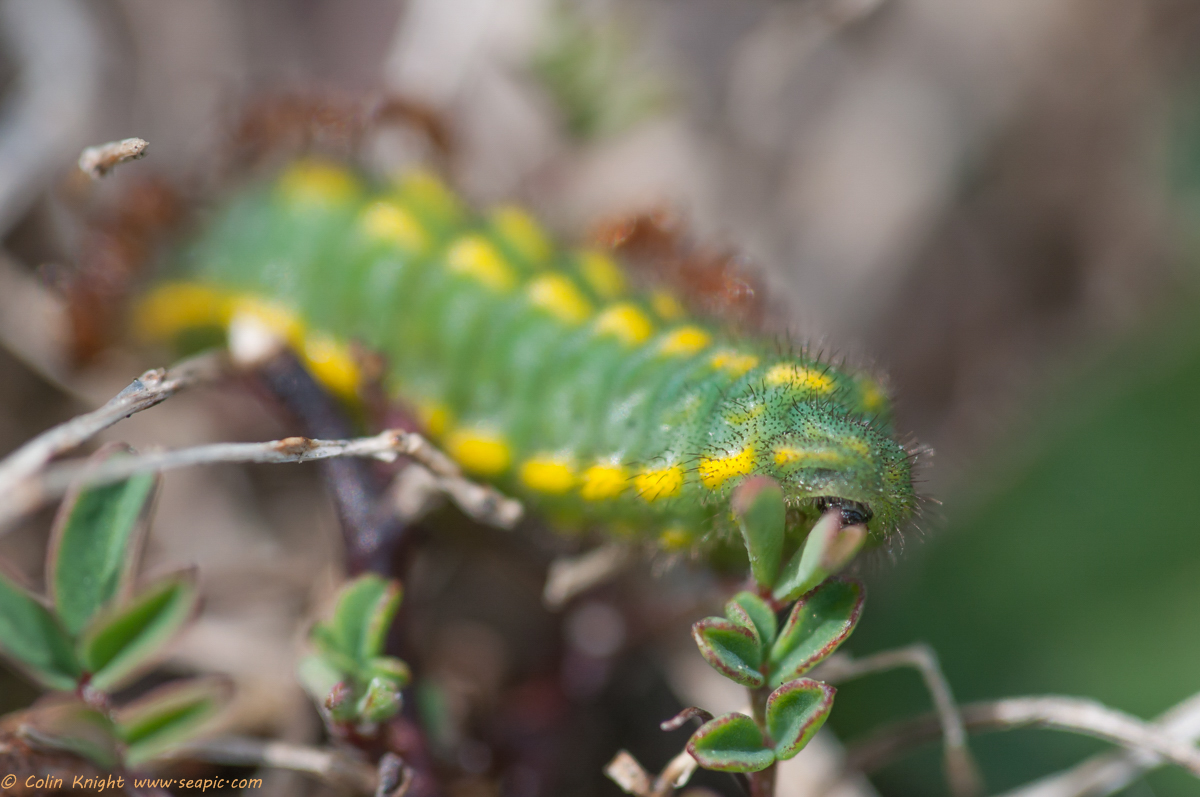 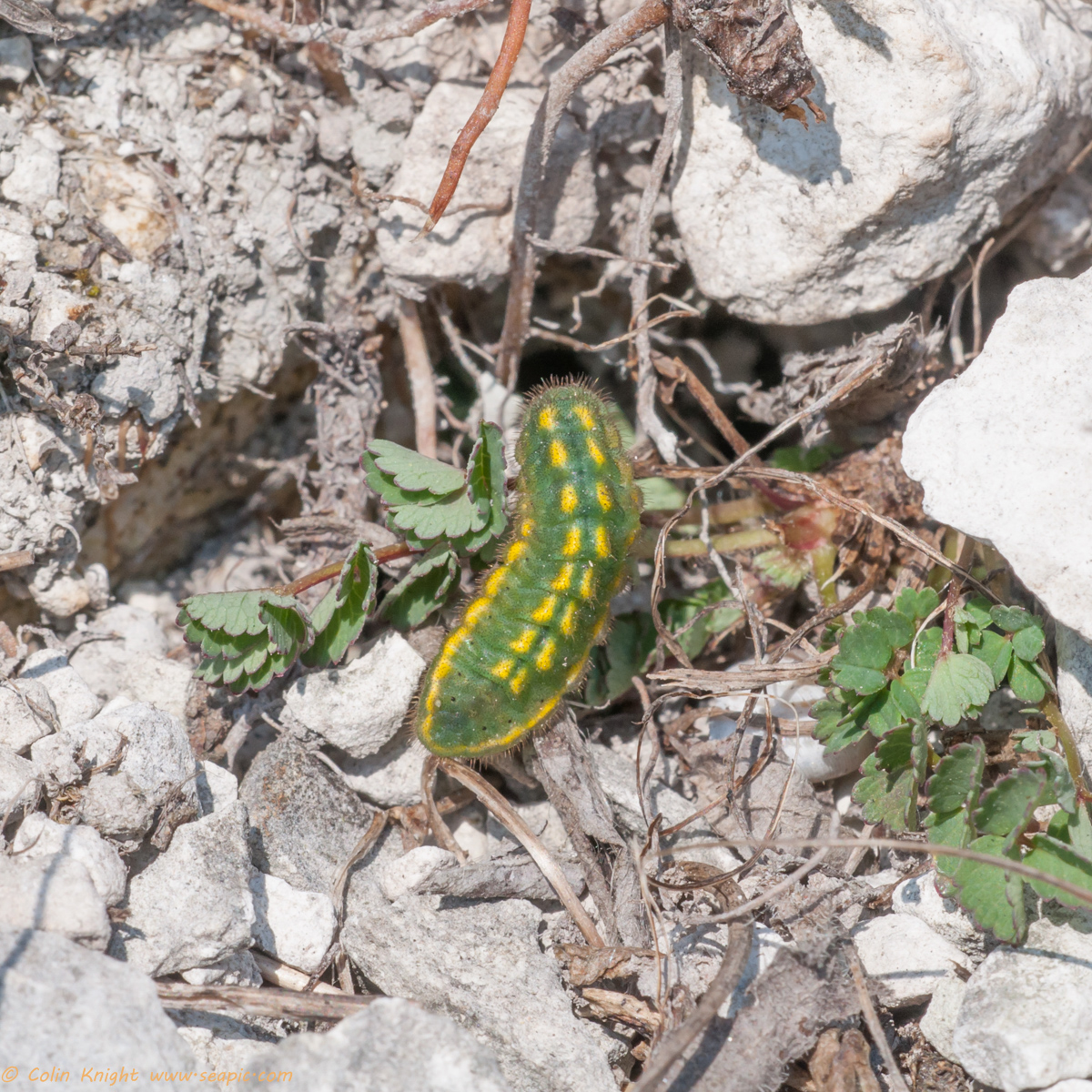 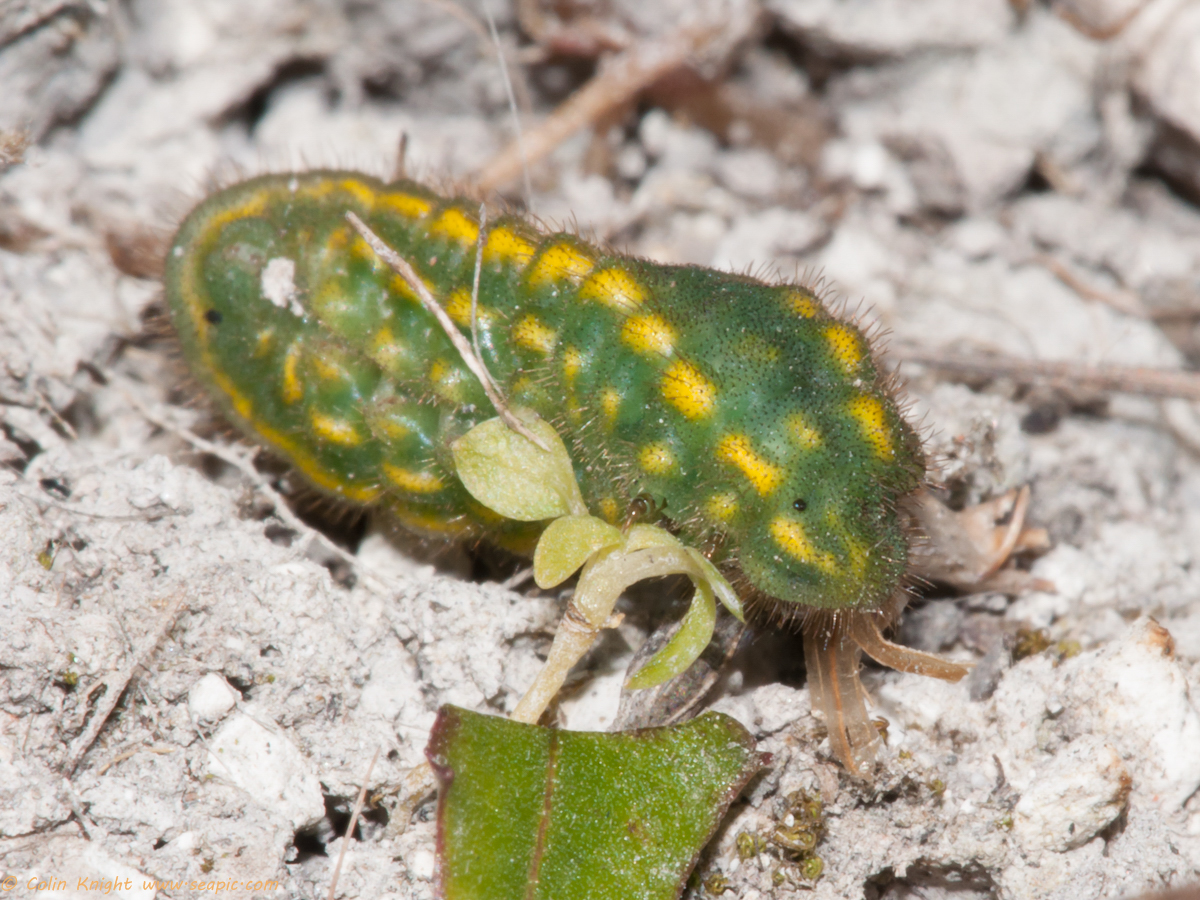 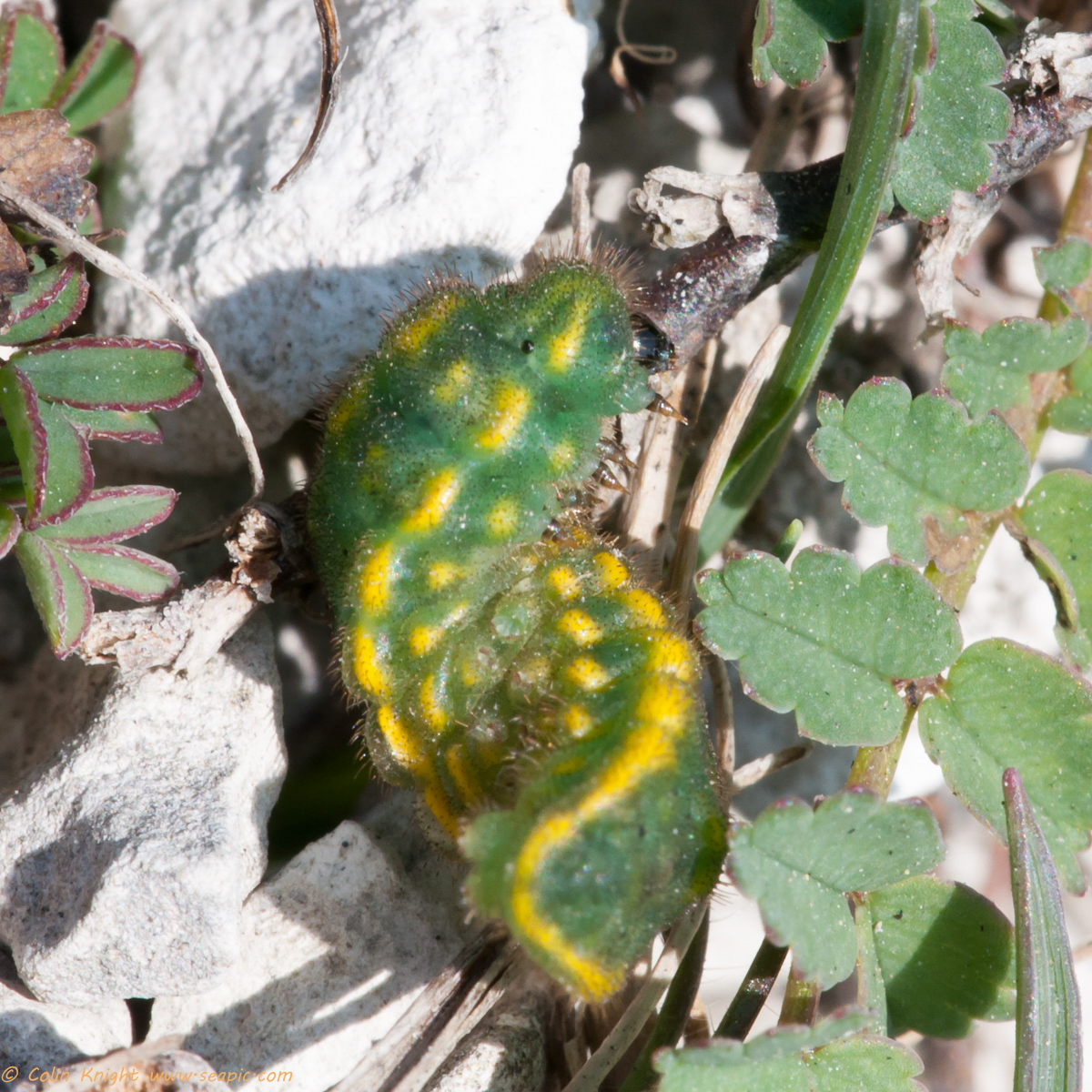 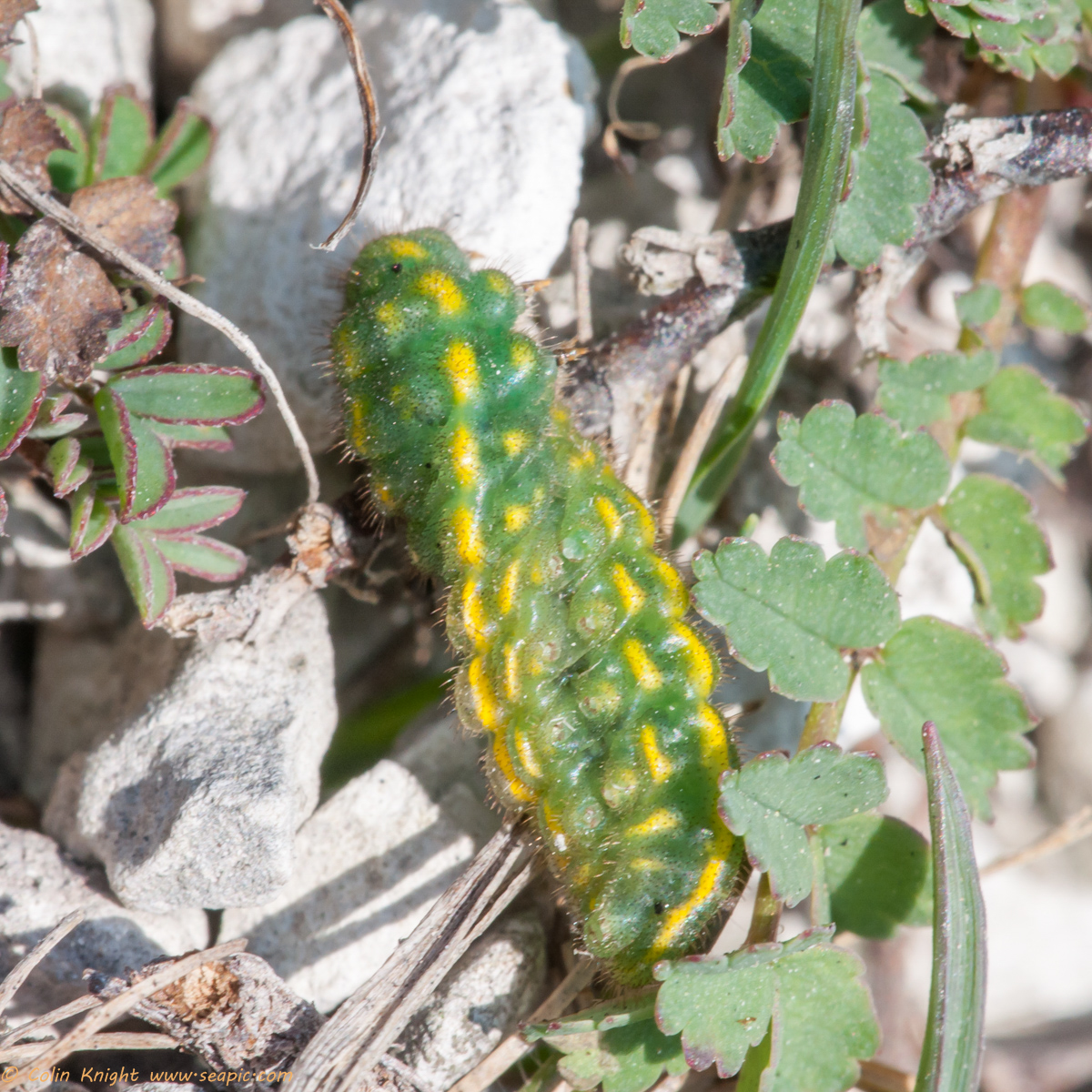