to view a gallery with more photos, click here
On Saturday the Murray Downland Trust had its Open Day at Heyshott Escarpment. MDT exists to conserve downland in West Sussex and Hampshire as detailed in this website:
http://murraydownlandtrust.blogspot.co.uk/
My particular interest is the work done at the Heyshott Escarpment for the Duke of Burgundy, one of Britain’s most endangered butterflies. During the winter we meet weekly on Wednesday mornings to carry out a few hours work clearing the trees and scrub to create ideal habitat for the primulas which are the foodplants of the DoB. This work has paid dividends over the past few years and a healthy population now exists which we hope will spread to the new areas of Primrose and Cowslip rich downland created. A bonus has been the unexpected appearance of Pearl-bordered Fritillaries. These require violets which have also benefited from the clearance work.


As part of the open day a prime mover in the MDT, ecologist and entomologist Mike Edwards, gave us a tour of the chalk meadows at Heyshott Escarpment. In the area of the tumuli are a variety of grassland habitats, depending on the underlying geology. Clay lenses create a different habitat to the chalk rock existing under most of the area. I found several species of Grass Veneer micro moths during the tour, and Mike pointed out the unusual looking Snail-killing Fly. 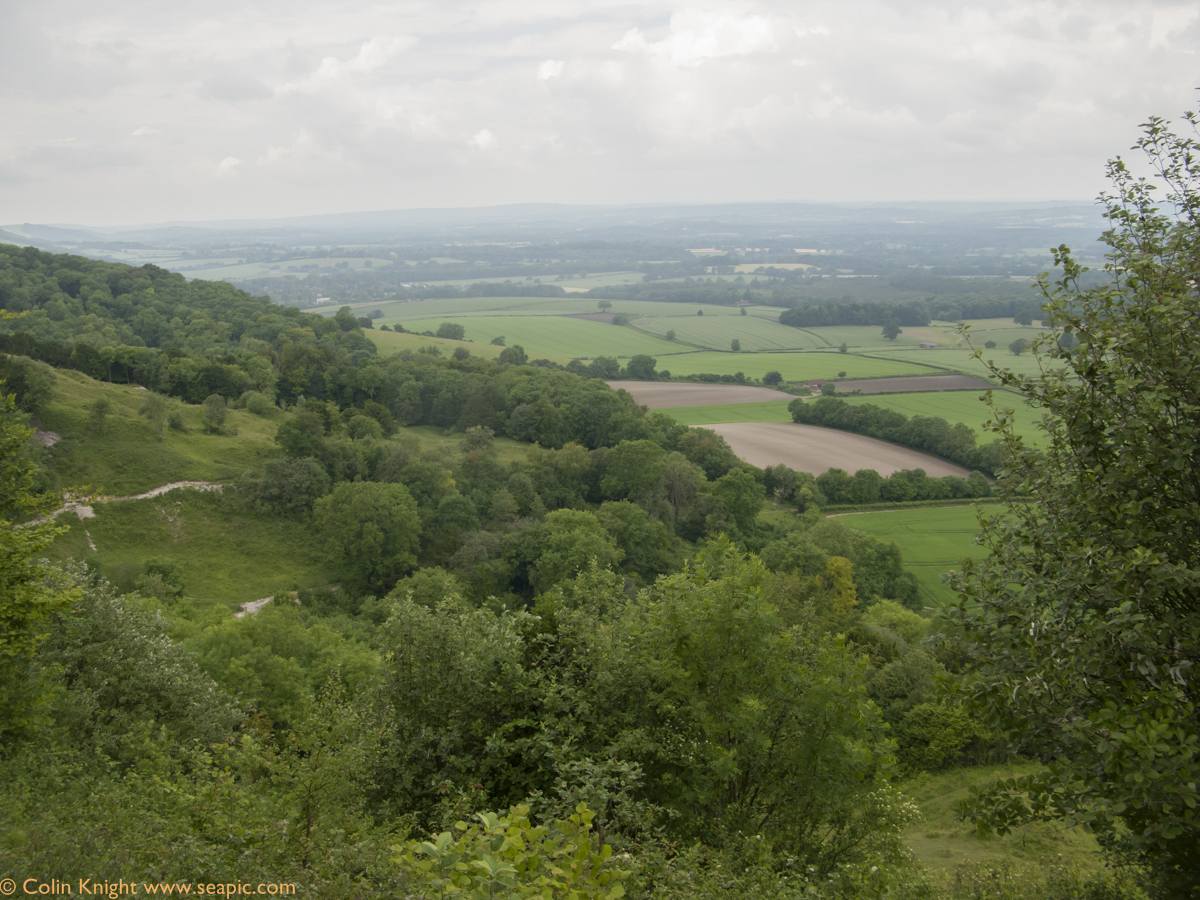