to view a gallery with more photos, click here
On Thursday 12th November I went to Ebernoe Common where Mark Colvin showed me around as this was my first visit. We were there for the fungi, for which Ebernoe is well known as it has around 1,000 of the UK species total of over 6,000. Fortunately for us there were already some fungi experts on site who were able to identify some of them for us. One species had our attention as soon as they told us about it - the Scarlet Caterpillarclub. This unassuming red finger-like fungus grows on the larva or pupa of a butterfly or moth.
We first searched around the church and did a tour of the Common, then concentrated on the cricket pitch. Many fungi are difficult to identify for the novice, and much needs to be done in the field using keys and guides. Trying to give a positive id after the event using just the photos can be problematic. I have used information from the knowledgeable people we met on site, and guidance from iSpot members. Hopefully I have got most of them right, please advise if you see any incorrect ones - thanks.
Later Mark showed me 15 hibernating Small Tortoiseshells  and a pupa clinging to the roof of a barn. 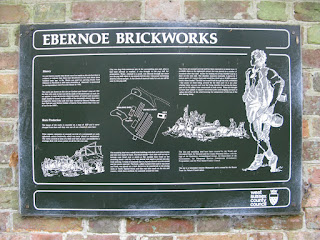 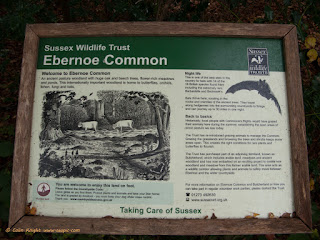 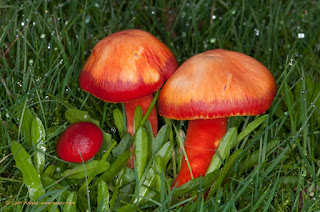