to view a gallery with more photos, click here
On Thursday I checked out several Long-tailed Blue sites with no success, including Southwick canal. Just after I arrived at Whitehawk Hill Neil phoned to say he had found one at Southwick at the same place I had checked an hour before!
On Friday I met Mark at Arundel WWT for lunch and a wander round the hides and we spotted 4 Snipe and a Coal Tit.
On Sunday Mark found a male Long-tailed Blue at Whitehawk Hill, Brighton. Many other enthusiasts enjoyed seeing this rare UK sighting. It finally flew off when it warmed up. Later Katrina spotted it on the path and more photos were taken before it flew into the allotments. On the way to the site I checked the Lancing station site where Nick from Petersfield spotted an Angle Shades moth. It was still there when I returned in the afternoon and I found two more within a couple of metres of each other. On Monday morning there were still two left. I returned to Brighton and saw several Red Admirals and a Silver Y but no TLBs. 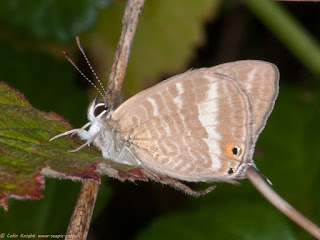 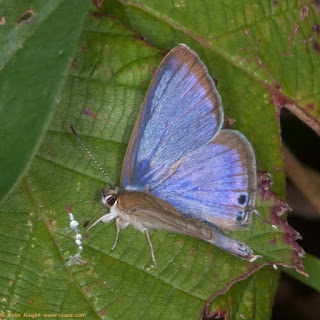 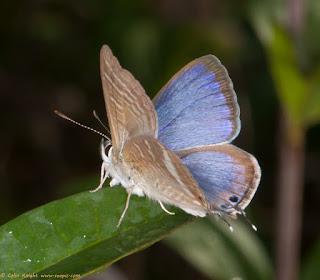 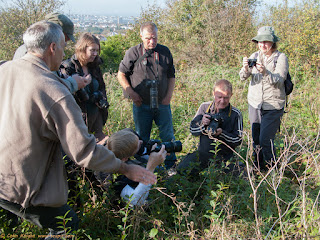 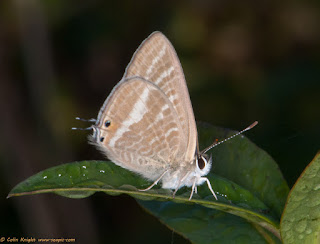 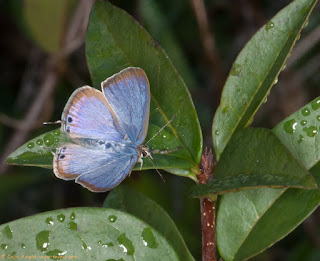 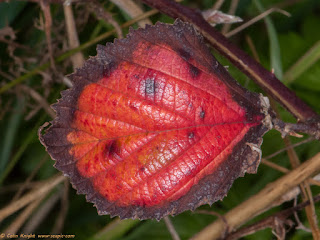