Thomas Hardy and the treason trials 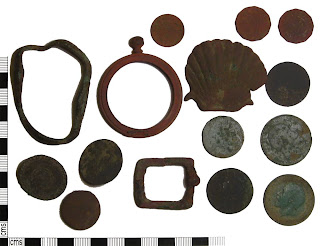 We had a club dig near Ashington today. It was cool at the start, but dry. It was all pasture and there were many animal ointment tubes found, my count being 24. All finds were recent (within 200 years). Mike had a Victoria shilling. I had pennies from 1906 (Edward VII) and 1915 (George V), an early George halfpenny, an 1862 Victoria halfpenny, two threepeny bits (1941 - thrift, 196? - portcullis) and a new penny. Also four buttons, a clam shapped harness mount, two buckles, a 1794 Thomas Hardy copper token and an unknown thing like a pocket watch surround. 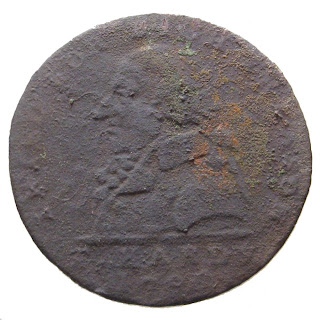 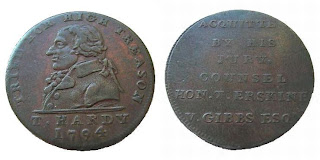 This is a fine example of this token. The reverse of mine is unreadable.
Obverse legend:
TRIED FOR HIGH TREASON
T. HARDY
1794
Reverse legend:
ACQUITTE(D)
BY HIS
JURY
COUNSEL
.T.ERSKINE
V.GIBBS ESQ 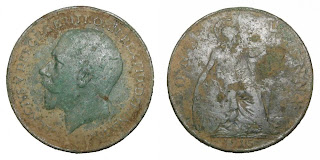 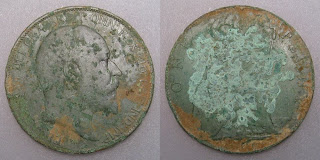 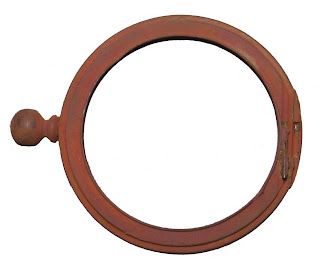 On the right is the remains of a hinge. the knob on the left does NOT have a hole through it, just an indentation on each side. Front to back is a recess 6.12mm deep. Diameter = 50mm. 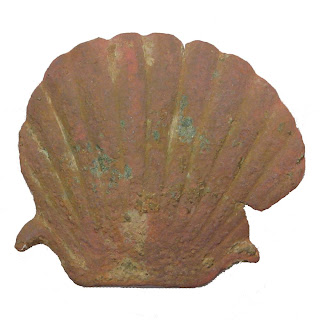 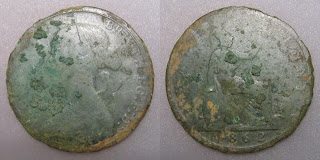