The silver sceat was probably the first coin that was called a penny in common parlance. The name sceat has been used in recent times and means treasure or wealth. Silver coins entirely superseded gold by 675 AD but the silver content became debased by the early eighth century.There was a large variety of styles of sceattas, many being issued by Aethelbald of Mercia (reigned 716 - 757), in whose area my coins were found. They show wonderful artistry and craftsmanship.
[Coins of England & The United Kingdom, 44th edition, Spink 2009,Page 82] 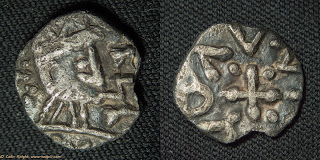 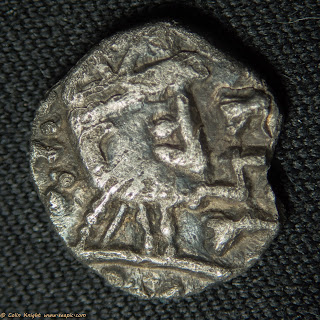 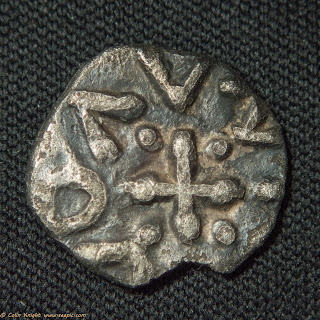 Reverse: Cross with a pellet in each quarter, surrounded by angled lines and an annulet 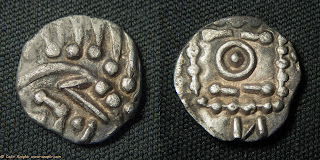 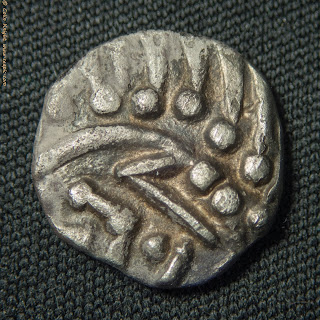 Obverse: quilled crescent right, pellet eyes on the side of an insect-like creature and pellets and linear device below. 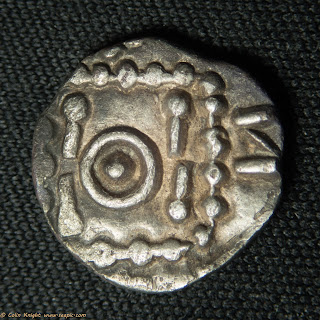 Reverse: a beaded standard containing four lines with a pellet at one end, a central pellet in annulet; outside the standard, there are two parallel bars joined by a cross piece.